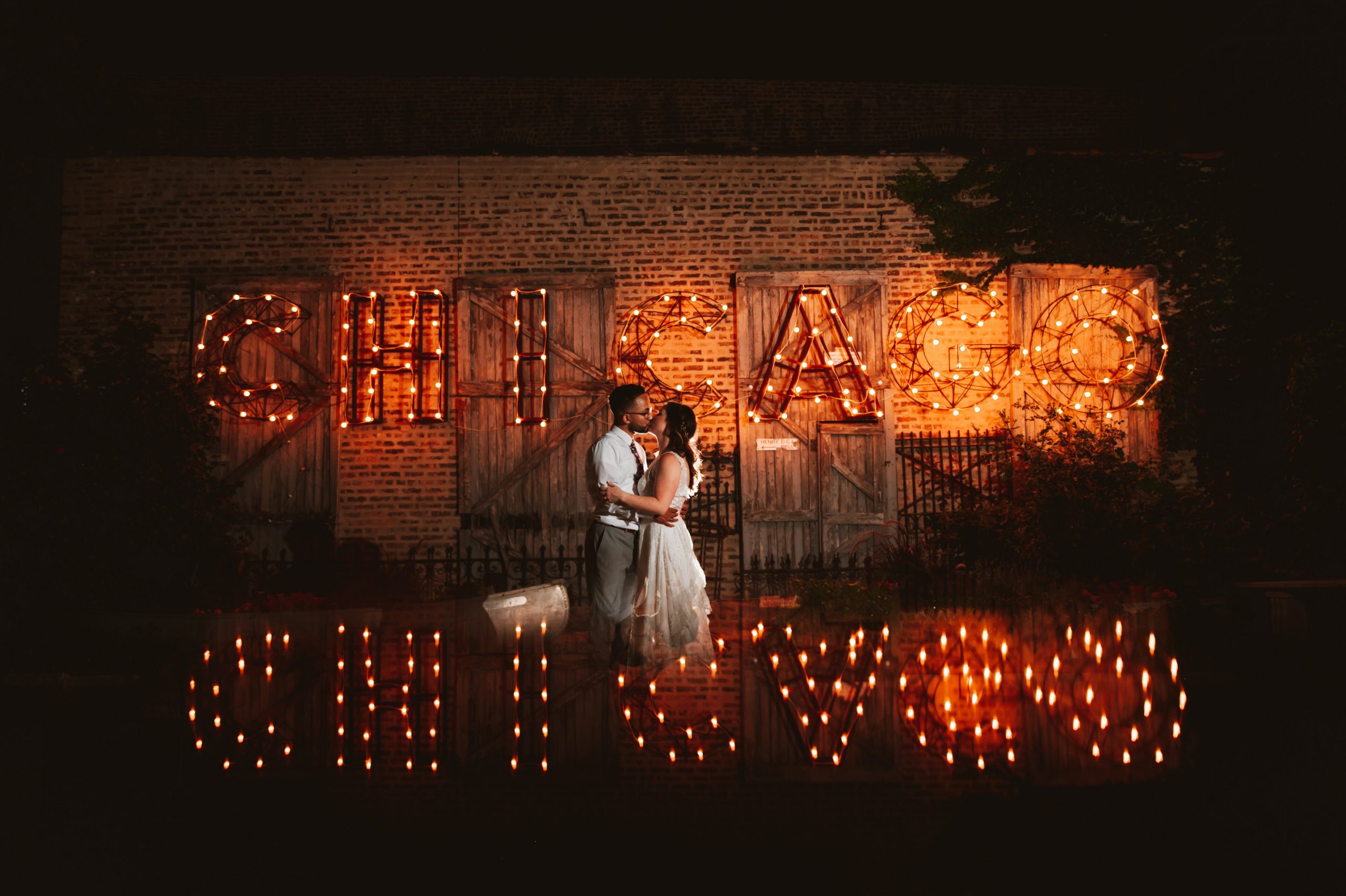 After capturing hundreds of weddings, we can confidently say that Salvage One is one of the best wedding venues in Chicago—especially if you like the rustic industrial style. But let’s start from the beginning of the day!

Kelly got ready with all her girls in the Chicago Athletic Association hotel, which is,  by the way, another great venue if you are looking for the “Great Gatsby” style 😊 After getting into her Flora & Lane dress, we walked to a nearby park where Ricky was already waiting to see his bride.

We did half of the wedding party photos in the Art Institute Gardens, and half in Salvage one, which is only about a 15-minute trolley ride away. Salvage one has three floors of gorgeous vintage artifacts and trinkets to use as phenomenal backdrops that make your wedding photos POP—plus an outside courtyard with ivy covered walls. I love coming back to Salvage One, because it is constantly changing inside. It is also a store with old artifacts and random house things a person might need. I imagine a hardware store with only old things with character.

After we did a bunch of photos all around the venue, Kelly & Ricky had a beautiful,  spirited ceremony where Kelly made everyone cry as she learned how to speak Spanish in secret from her groom to surprise him by her beautiful Spanish vows. I don’t speak Spanish, but from what I heard it did seem like Kelly nailed the accent perfectly!

After speeches, the first dances started, with another surprise from Kelly about to be revealed. A choreographed dance with her dad, where Kelly had to kick out her heels to move better 😂 This awesome performance kicked off such an epic dance party—so awesome that I almost feel as if it weren’t for the several minutes break we took to take night portraits outside, both the bride and groom would faint by the end of the night due to non-stop heart and soul dancing 😆

To top off the celebrations, the night was lit up with the never disappointing magic of a sparkler exit, and Kelly and Ricky ran off into the night (until they got to their car 😄). Gotta love them magical exits ✨ 😎🎉 ✨

If you actually read until now then I congratulate you! I chose the path of a photographer over the path of a writer for a reason 😉

are you ready to have an epic party?

let us be wild with you!

Literally a perfect way to end a wedding day: SUNS

An unpublished issue of Vogue brought to you by Th