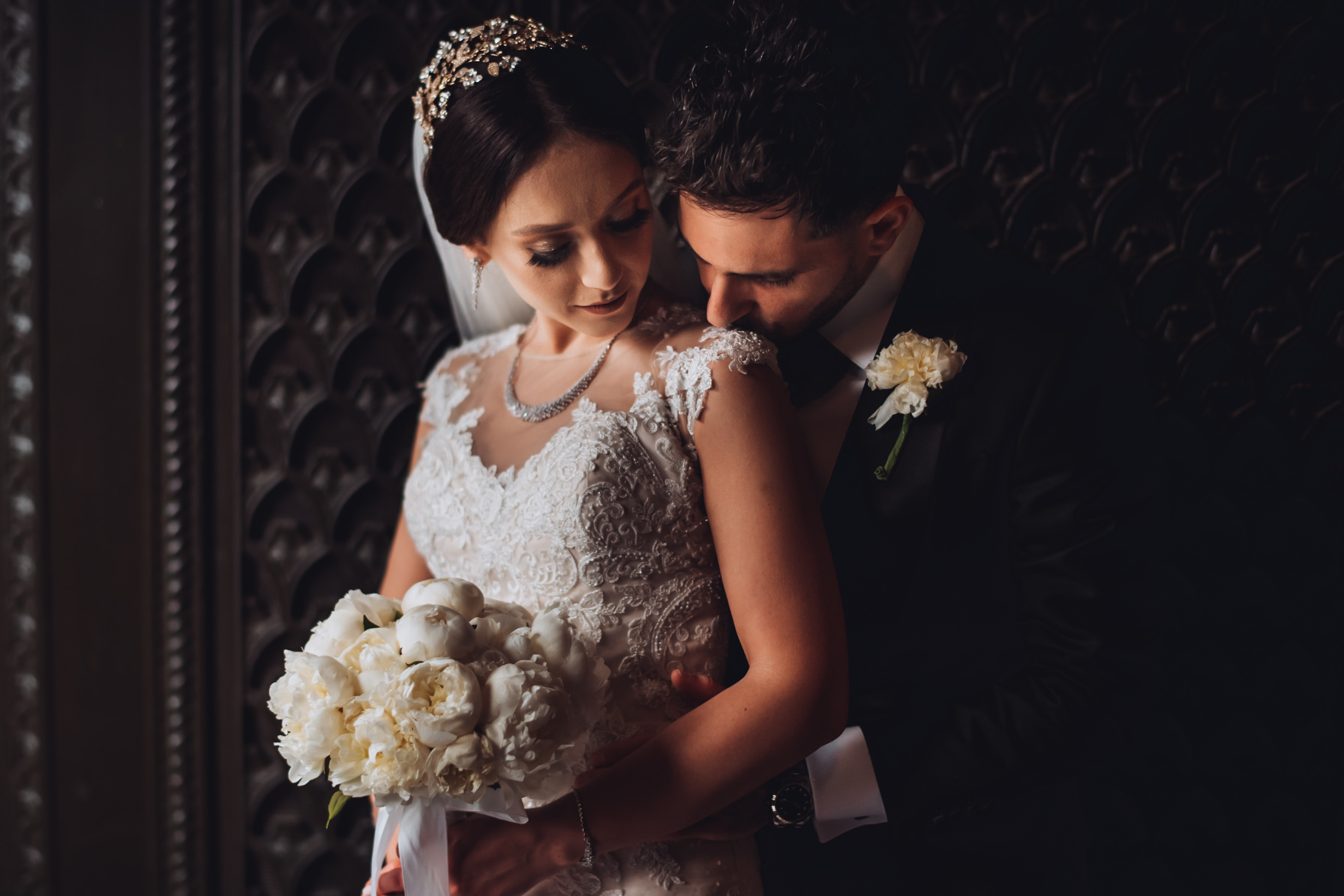 From the very beginning of speaking with and meeting Cammie and Fadee, we knew these two were going to be incredible to work with, especially in light of their Palmer House Chicago wedding. When they first reached out, they were so enthusiastic about working with us before even booking–and THAT was just an honor!! Their wedding at the Palmer House was just full of so much energy and vibrancy and SO MUCH DANCING!!! Literally dancing at the groom’s house, bride’s house, entering the hotel, and then for the rest of the night!!! If you’ve familiarized yourself with our work thus far, you KNOW Pavel loves dance parties 😁😁😁 So Cammie and Fadee’s wedding was definitely a treat 🤩

This wedding celebration took course over a span of 2 days. The actual ceremony happened a few days before the wedding celebration in the bride’s backyard, which was an intimate outdoor ceremony with all the closest family and friends. The evening was graced with cascading string lights and a luscious sunset–and, of course, the beautiful new union between Cammie and Fadee  🌅 ❤️

A few days later, the big wedding celebration took place and it all started pretty early in the day. Cammie was getting ready with her family in their house, while Fadee was at his parent’s house only 10 minutes away. After getting ready, they wanted to have a a first look and spend with each other a few precious moments alone before being immersed in their huge 350-guest wedding celebration 🎉 🥳 🎊

After the first look, Fadee actually went back to his house to get welcomed by his family and a bunch of crazy and incredible drummers and bag pipers called Zaffa. If you have never seen anything like this you are MISSING OUT! Traditional white American weddings usually start their dance parties after the whole ceremony and portraits and speeches and eating–but these guys were dancing from NOON AND ON 🌞🎶 YES 💃 PLEASE 🕺

And after we picked up the bride from her house, we went on to take photos at Union Station in Chicago where we got some stunning photos of these guys (they’re both currently in residency, but I think they’re actually secret models on the side or something 🔥🔥🤩). Afterwards, we arrived at the Palmer House where the Zaffa were drumming their hearts out to welcome the bride and groom once again. Now–just imagine this: you’re having a beautiful day in Chicago, sitting in a gorgeous restaurant in the lobby of your supa fancy hotel. You are quietly enjoying your coffee and newspaper (ahem, I mean iPhone) and, all of a sudden, the deep, resounding beat of a band of drums and spirited shouting surrounds you–along with a crowd of a hundred people vibrantly dancing around you. SURPRISE!! 🎶😁🤩🎶 This is EXACTLY what happened to the Palmer House Hotel guests, as you will witness below. They were definitely caught off guard, but DEFINITELY enjoying their beautiful awakening (I WOULD IF I WERE THEM) 😁

Annnddd from there on out, the party was a bunch of dancing, eating, and speeches–and then MORE dancing 💃 🕺 🤩 Everyone was on the dance floor–I mean, literally several hundred people were all up partying and just wholeheartedly celebrating these two. This was for sure one of the most incredible wedding experiences I have ever had the honor of witnessing/documenting. I mean, the groom was was being thrown and FLYING SEVERAL FEET ABOVE ME at one point!!!

There’s so much more we could say but–you’re not really here for that, are you? YOU CAME FOR THE PHOTOS. SO–enough talking–more perusing and gushing and taking in the awe-some 😍

PS: This day was sooo well planned by Suzy Sporacio from Clementine Custom Events! We always mention all the vendors who worked with us, but Suzy needs a special shout out! Thanks Suzy for being such an amazing team player and partner that day!! 😉😍 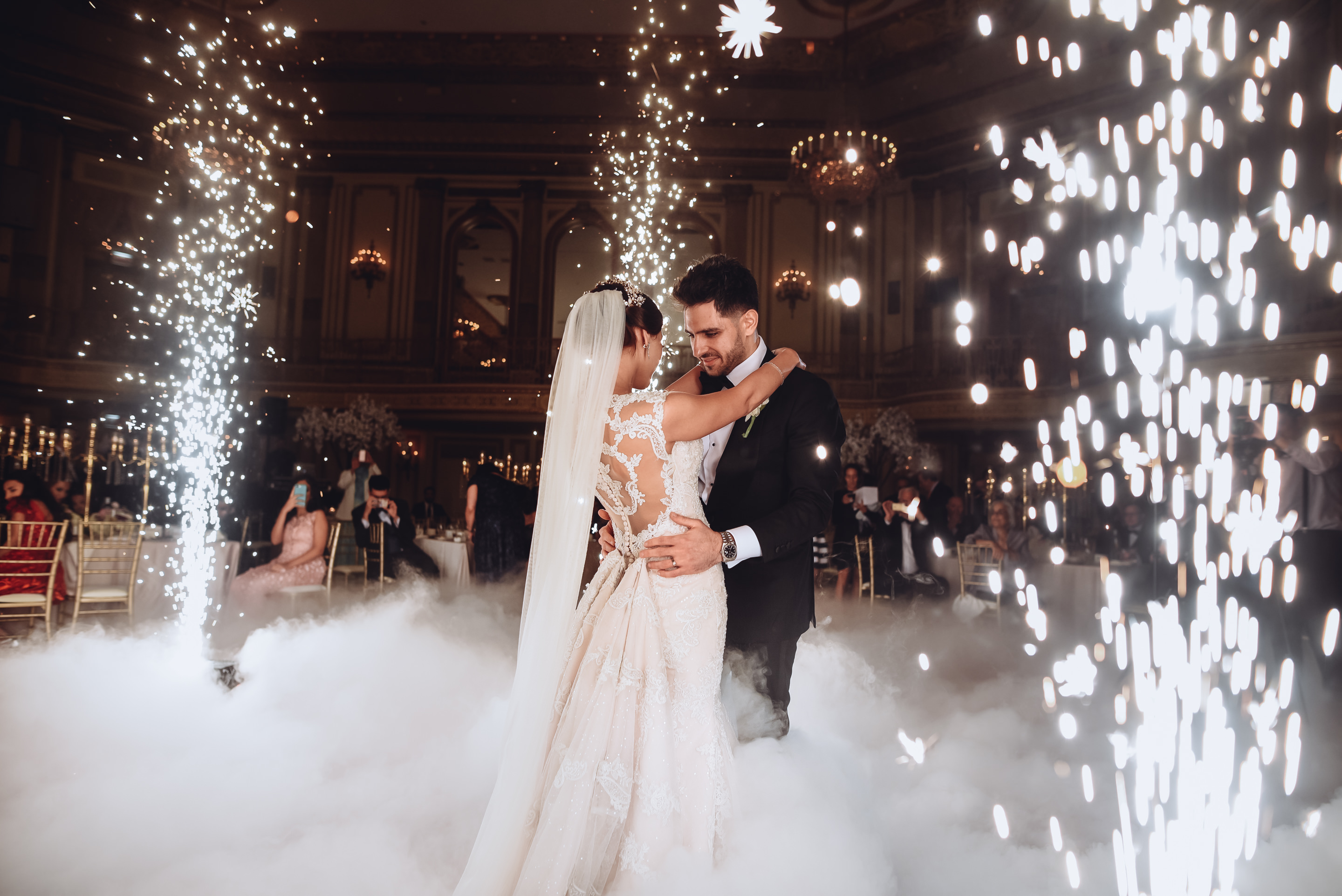 I feel like these guys belong in a magazine or som