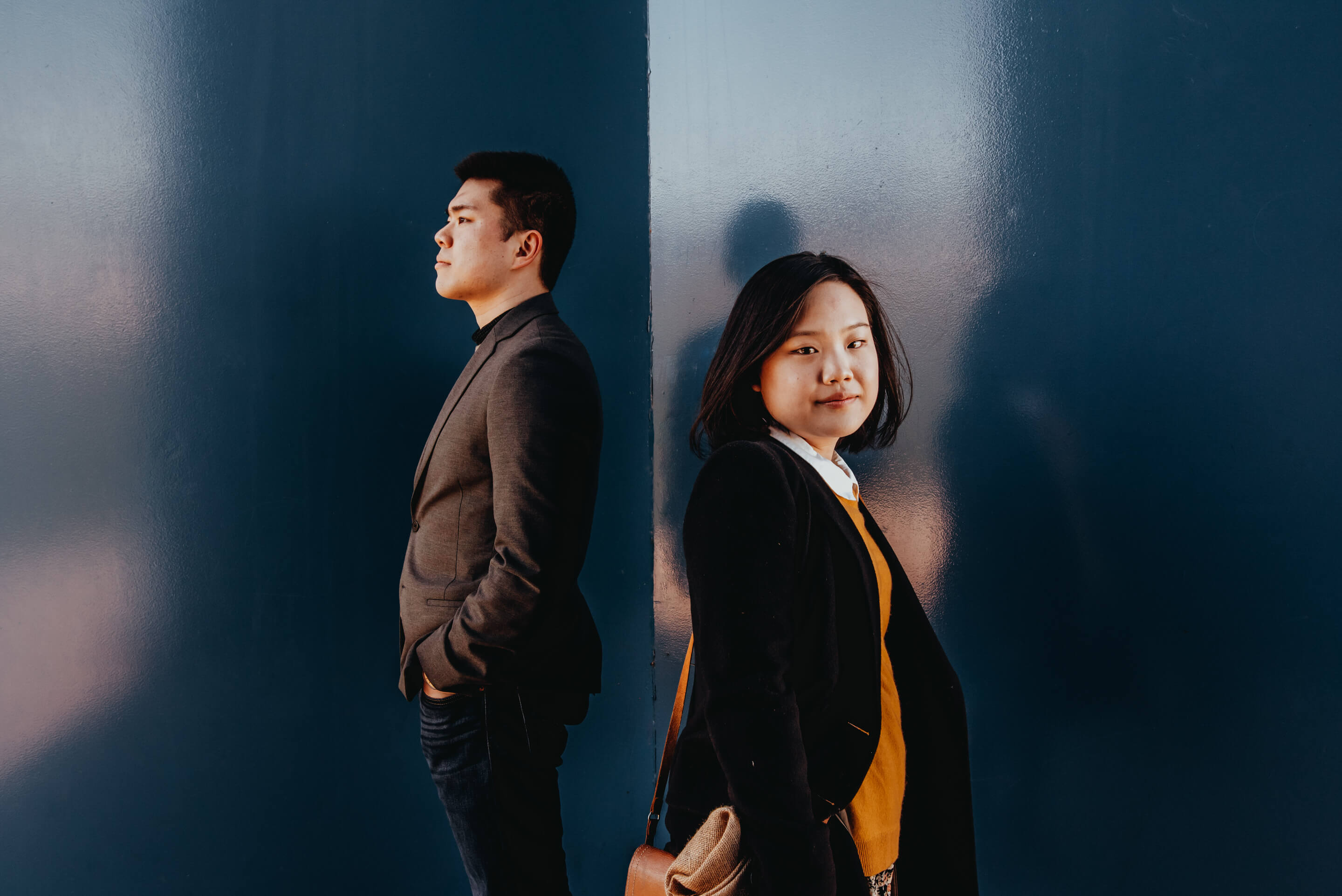 Shooting a secret proposal (like this beautiful one we previously shot here) in Chicago is always a great challenge for a photographer. The weather always changes. The sun always moves. And the plans ALWAYS–you guessed it–deviate 😀 Honestly, I (Pavel) think that I feel more stressed out than the guy who is asking the question (haha jkjk. no but really though) 😀

Ryan and I had this whole thing planned for a Lakeview Chicago beach proposal. After a lot of (SECRET) communication (Ryan literally named the title of his email “The secret side conversation with Ryan” AW HOW CUTE), Google Maps scouting, and keeping up with the weather forecast for the day, things didn’t quite play out as planned (which, in this job, as previously mentioned, is always to be expected–so, as a good photographer, you gotta remain flexible and always willing to adapt without sacrificing creativity and quality :)). The couple arrived at the spot we discussed a bit later than planned, the sun was in a different position (and so I had to adjust settings accordingly), tourists are walking around, and my stress levels are out the roof 😀 😀 😀 (but THE SECRET IS you never show it BECAUSE SOMETHING AMAZING IS ABOUT TO HAPPEN and you don’t less your stress get in the way of that for the couple :))

Finally, I spot Ryan and Joanne approaching the spot and I get into shooting position (PHOTOS OF COURSE). He starts reading her a letter and, even though I’m too far to hear anything, through my zoom lens I see all these emotions start to pour out, and it also seemed to hit me from even afar :'( 🙂 It was extra awesome though because Joanne and Kristen actually went to college together and we had recently had dinner with Joanne and Ryan–so I felt especially connected to the moment I was capturing 🙂

Anyways, Joanne SAID YES (obviously or we wouldn’t be posting :D) and people around applauded them! Afterwards, we had some time to be more creative and play with the scenery and light. Congratulations Joanne and Ryan–it’s been awesome working with you two so far and we can’t wait to shoot your wedding this fall in the Firehouse Chicago!

LOOK AT THESE GUYS. THEY ARE AMAZING. Cheers 🙂 (also contact us if you’d like us to capture your proposal, engagement session, or wedding!)

Wedding at the Women’s Club of Evanston

Autumnal light and colors complete me as an editor

I love this, all of this. Literal perfection. 💯

“Luxus,” as they say in czech 🇨🇿 (pavels

This lady is special <3, and her sneakers are cool

you can't argue with corgis who decide to say yes