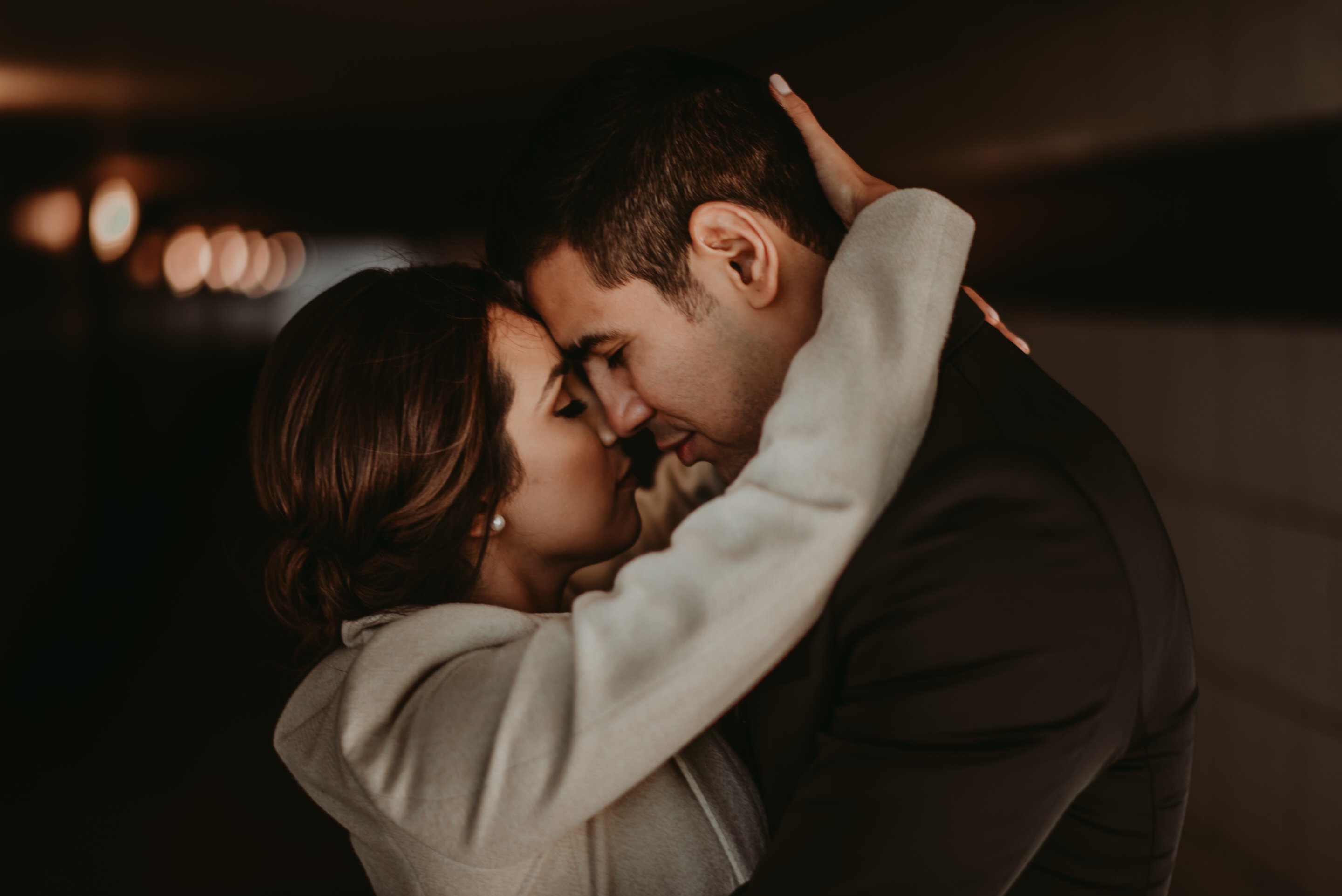 Venue: Chicago Daley Center Make Up: Make Up By Saeli The star: Chance the Rapper 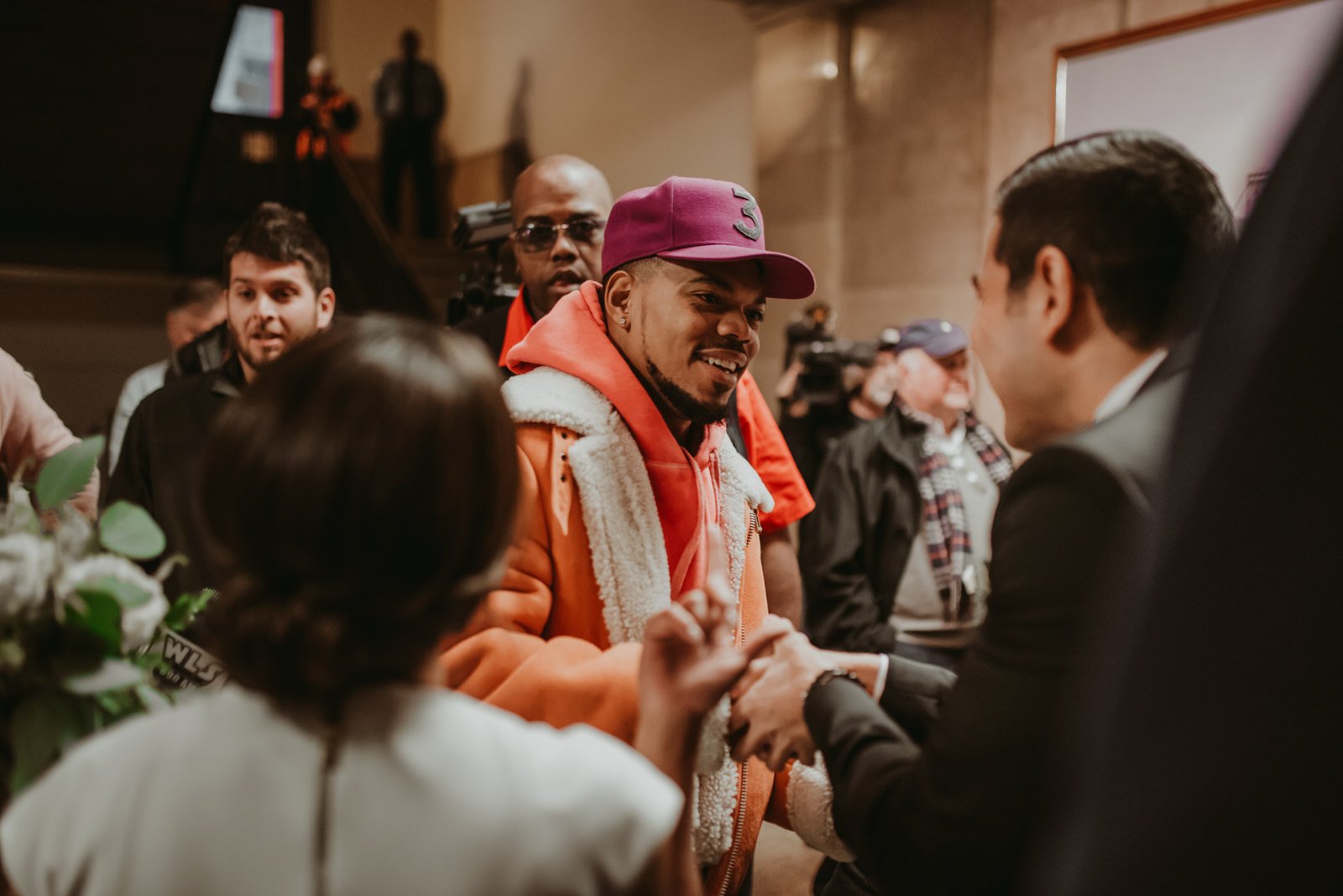 Ah… the typical Tuesday run down. Wake up, drink coffee. Shoot a spontaneous elopement, meet Chance the Rapper (you know, because Chance the Rapper photobombed this wedding). Okay maybe not exactly, we kind of crashed this press conference he was at because their wedding was in the same building. Anyways, totes a typical Tuesday (who says totes anymore? I do, that’s who, I’m foreign) 😛

Anyways. Sandra and Billy decided their Tuesday’s gonna be better than everyone else’s and get eloped (although, we must say, Tuesday is the best day to get eloped–slash, we did the same almost 3 years ago ;D). Slowly getting ready in the morning while the light is magical is the best. Then we transitioned ourselves to the Chicago City Hall where Sandra and Billy were about to tie the knot, but THEN… we decided to take a slight detour. The best of detours.

When we heard that Chance the Rapper was in the exact same building as us (the Daley Center, the center of all Chicago marriages duh), we decided to put off the wedding for two minutes and… duh, meet him! Little did we know, he was part of this press conference in which he was supporting Amara Enyia in her race for new Mayor of Chicago. We went up there to see what they have to say. Which was awesome. And with the whole white dress/bouquet shindig, we sort of stuck out in the middle of dozens of reporters and so–omgomg–Sandra caught Chance’s eye.

They shook hands and he congratulated them; Sandra and Billy’s wedding day was, officially, BLESSED by CHANCE THE RAPPER UGH. And not only that, a S+B also caught the eye of CBS news reporter, Wendy Widom, who decided to broadcast their not-so-secret wedding on television (hopefully mom and dad weren’t watching CBS at that very moment :O 😀 xD)

So after that minor detour of meeting this huge celebrity and potential mayor of Chicago and being broadcasted on television, S+B decided they could now die happy. I mean, get married. We descended two floors down into a basement where a judge in a little 10 x 10 room with fluorescent lighting and no windows asked if they were committed and they said “I do” and lived happily ever after.

BUT WAIT, all three of us were still in a bit of a daze as to what just happened, so what do people do when their head’s a-spinnin?

3 Arts Café it is! A perfect no-so-little spot for decompression and celebration. And since we had no time to do any wedding pictures because of the whole Chance thing (thanks Obama) we did a few pictures in the cafe afterwards, where these two definitely killed it (stunning, you guys, stunning 😉 ).

So, my conclusion is, this definitely was the most ordinary Tuesday I’ve ever lived. Did Chance the Rapper photobomb this wedding? Okay, no, ’cause he’s better than that, but it’s a cool title. See this oh-so-ordinary sneak peak for yourselves 🙂

Ohh, did we mention that Sandra is an amazing make up artist who worked on a wedding we shot a few months back in Artifact Events?

Must I try to come up with a witty caption? I must

Simply based on the first two photos, I’d say th